Hey Guys ! Continuing from where we left in the last Paris blog , here’s the next write up of Euro Travel series :

Having spent a happy 40 hours or so at Paris , we left for our next destination – Brussels, Belgium ,  in our very own Mercedes Benz  – The Tour Bus I mean  🙂

Well the best part about Europe Travel  is that you are on a continuous sight-seeing spree even while in transit. Wherever you look,  10 out of 10 times you gonna be spellbound by the sheer abundance of  natural aura all around. Lush Green Farms , Windmills , Clouds etc. together present a live  painting  of a beautiful landscape .

Icing on our cake  during travel were our Ready-To-Eat Indian stuff including Nut Crackers , Cupa Noodles , Aalu Bhujia’s  & other  hunger arresters  which we used to munch down during short stops at Gas Stations. 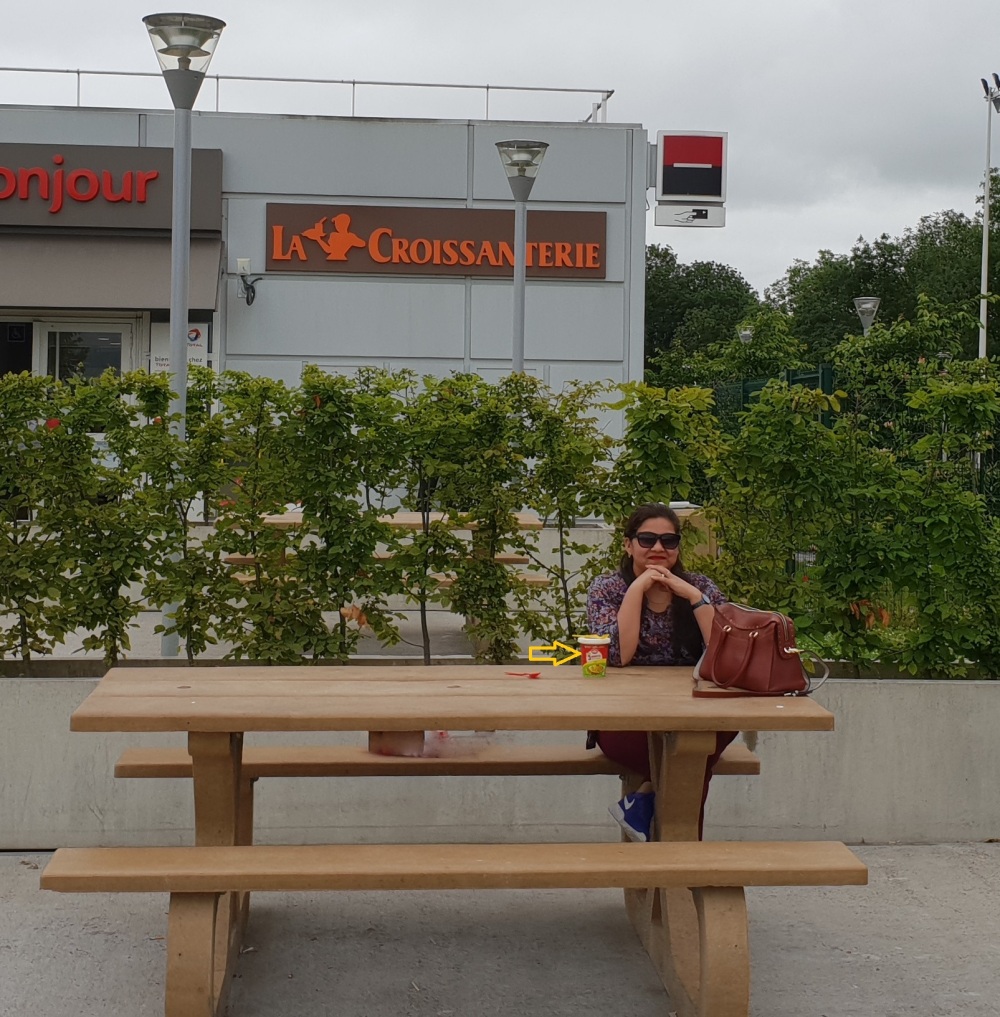 After being driven for about 3.5 hours, we reached Mini-Europe which is a must – visit spot in Brussels and rightly so . Well it’s  a  beautifully crafted & well thought of tourist attraction which houses the proto-types of all major European Attractions. Continuing with the theme of #Minimum Text & #Maximum Photographs for Euro Travel series, I would rather let following photographs do the talking about what Mini -Europe :

With wide smiles , we left Mini – Europe for Brussels Main City area . Just as you enter the Brussels city , a feeling of deja vu strikes you,  thanks to yet another spectacular display of architecture & civil engineering marvels , which seem similar to the one at Paris.However, one close look and you find that aesthetics here are little different from the traditional Gothic architecture of France.

But how do you know that you are at Brussels ?  May sound funny to some , but a peeing boy statue at every nook & corner of the streets, the Manneken Pis ,will help you confirm your location. It’s kind of  a Statue with National Importance here . (original one is a Bronze Statue)

While there are many stories regarding the same but most popular one is that a very rich & influential man of Brussels lost his son . Everyone went frenzy to search for him. And when he was finally found , at that very moment , he was actually peeing and hence the over loving Dad got a statue erected in the same pose.

And then you have a this guy , a single rub on whose hand is supposed to bring you luck , while it’s a separate issue that he himself seems to be one who needs maximum luck 🙂

Just as tourists admire Cafe’s & Bistros of Paris (especially the one along  Champ Elysees),  Belgium’s chocolates are no less sought after. We tasted lot’s of different chocolates before settling for  ever so popular Godiva .

Brussels Waffles  are not to be missed either :

Just as the dusk knocked and we were walking back to the group meeting point , we came across this  “Incredible  India ” Boutique which obviously gave us all a homely warmth .

A very  fulfilling  but tiring day finally ended in an equally aesthetic & comfortable room.As we had to leave for Germany early  next morning , so we straightaway dozed off.

Travel Fact :  There are no borders and hence no immigration checks as such when you travel in & out of countries under Schengen Visa (France , Belgium,Germany & Switzerland in our case).You can simply drive through  & just a sign board across the road will tell you that you have crossed into another European country.

Would really love to hear your feedback .

Watch out for my next Blog  on Germany  !

Paris : Among the most loved tourist city for a reason !

You can  also reach me at :

Inside Out with Rahul Yuvi @ Insta